After his airline career, Brian moved into advanced airline pilot training consultancy as a full-time freelancer in September 2012 and continues in that role today. He started working with airline training departments and ATOs to develop regulatory and bespoke courses and is current on the B737 aircraft.

Brian is passionate about aviation training and is committed to making current pilots, and pilots of the future, safer and much more competent through providing high-quality training. BradAir Aviation Consultancy started in 1988.

Brian has 15,000 flying hours experience. He is a Boeing 737 Training Captain, current on the B737,  and has over 10,000 hours flying the different variants of this aircraft.

Since 1992 he has been a registered member of the British Association of Aviation Consultants. He is a Fellow of the Royal Aeronautical Society (1998), an Upper Freeman of the Honourable Company of Air Pilots (2017), and a Senior Examiner (2016).

Brian gained a First Class Degree in Aeronautical Engineering in 1978, starting his career as a Systems Test Engineer at the full flight simulator manufacturer Link (now known as  L3Harris). Alongside this he achieved his PPL flying instructors rating and by 1986 he was Chief Flying Instructor at Air South, Shoreham.

After reaching the position of Senior Systems Analyst and gaining his CPL, in 1987 Brian joined British Island Airways as a F/O on their new MD-83 fleet based at Gatwick. Over the next two years, he flew to 70 different destinations with BIA. In 1990 Brian joined British Midland as a First Officer on the B737 based at Heathrow and the following year he assisted in acceptance trials of their new B737 simulator. That simulator is still operating at the Jet2 Training facility.

Brian gained his Command in 1992 on the B737, the same year he also became an independent Registered Aviation Consultant by the British Association of Aviation Consultants.  He rebased to East Midlands Airport taking the management role of Operations Project Manager at British Midland's HQ, whilst still flying the B737. He converted to the F100/F70 aircraft in 1998, returning to the B737 again in 2002 for the launch of the lo-cost division of BMI, bmibaby.

In the first months of bmibaby’s operations, Brian became a line trainer at EMA. In 2004 he gained his TRI/TRE qualifications and joined the team of Command Assessors at bmibaby.  He researched why some candidates were unsuccessful and developed a one-day course to assist future candidates in their preparation, resulting in an increased percentage of passes.​ 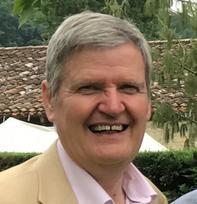